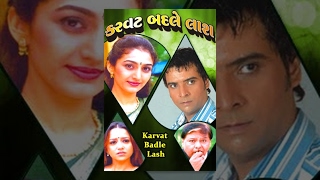 A former Journalist Amit finds the dead body of a burglar in his lover socialite Rita Devi’s home. According to Rita the burglar was killed accidently by her as an act of self defence. Amit wants to inform the police about the incident. But Rita stops Amit from calling the police as she wants to dispose off the dead body secretly. Amit asks her why does she want to dispose off the body and not inform the police if it was an act of self defence? Rita then starts revealing secrets from her past? Will Amit know the true identity of the dead body? Who is the killer? What is the true motive for the murder? Watch this wonderful thriller.
Starcast: Neha Mehta, Arvind Vekariya, Vipul Vithalani, Vipra Rawal, Rajul Diwan, Tushar Kapadia, Tanmay Vekariya