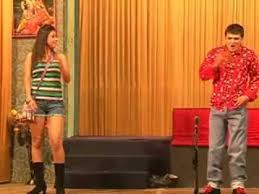 Synopsis: This is a very comedy family drama. This is a story about a person name Abhishek, who is so much obsessed by the film industry as he keeps relating every person with the name of some or the other actor or actress. He aim in life is to get a role in Ekta Kapoor’s serial named “Kem k tari chatri kagdo thai gai”.
Abhishek lives with his friend and they have a speaking parrot named “Mitthu” in  their home.The parrot keeps making fun of Abhishe by speaking n repeating behind him. He also has  a girlfriend named Aishwariya. Aishwariya’s mom wants her to marry a rich guy, but the  Abhi is not at a rich guy, and her mom wants to meet him to make sure that her daughter will be happy and rich after marring him. Watch full drama to know more about the story. It is a fun filled comedy drama.
Cast: Vipul Thakkar and many more.