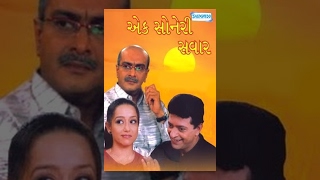 Ek Soneri Savar is the story of Mr Gandhi who owns a pharmaceutical company called Treckon Pharma. His daughter Sonam falls in love with Kishore an employee at Treckon Pharma. Kishore creates a harmful version of the drug that causes the death of a widows only son. She drags the company to court. Now for Mr Gandhi who is a man of principles has on one end his future son in law and on the other justice to a widow. What side will he take is the crux of the story.
Posted by Sids at 14:16