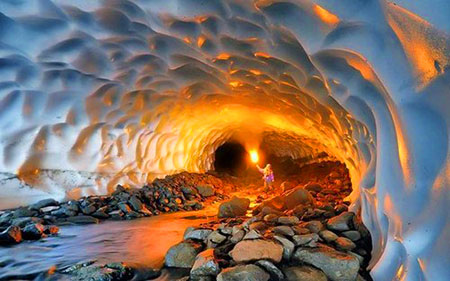 The Kamchatka Peninsula, the Commander Islands, and Karaginsky Island constitute the Kamchatka Krai of the Russian Federation. The vast majority of the 322,079 inhabitants are Russians, but there are also about 8,743 Koryaks (2002). More than half of the population lives in Petropavlovsk-Kamchatsky (179,526 people in 2010) and nearby Yelizovo (38,980).

The Kamchatka peninsula contains the volcanoes of Kamchatka, a UNESCO World Heritage Site.

It was formed by a stream flowing from the hot springs associated with the Mutnovsky volcano. This stream flows beneath glacial ice on the flanks of Mutnovsky. Because glaciers on Kamchatka volcanoes have been melting in recent years, the roof of this cave is now so thin that sunlight penetrates through it, eerily illuminating the icy structures within." 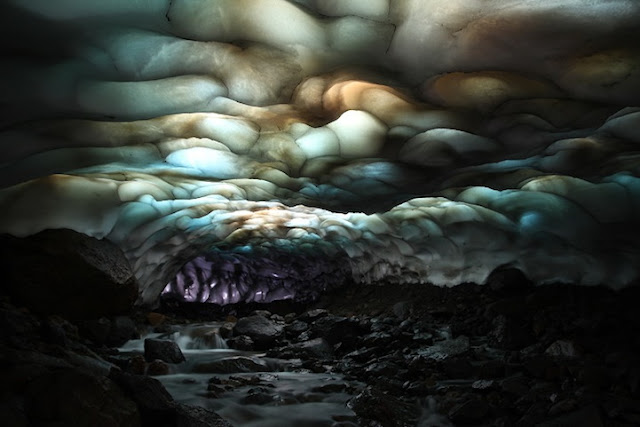 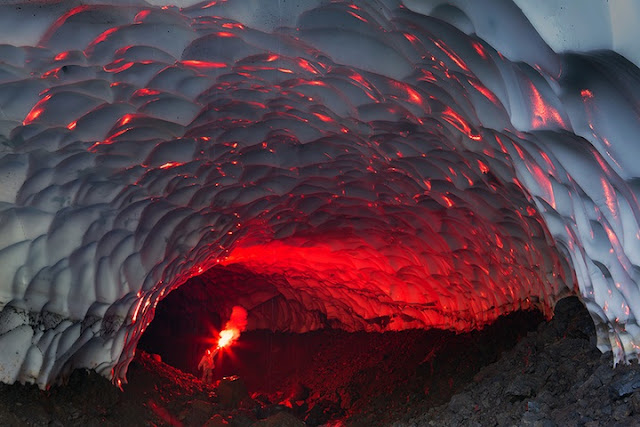 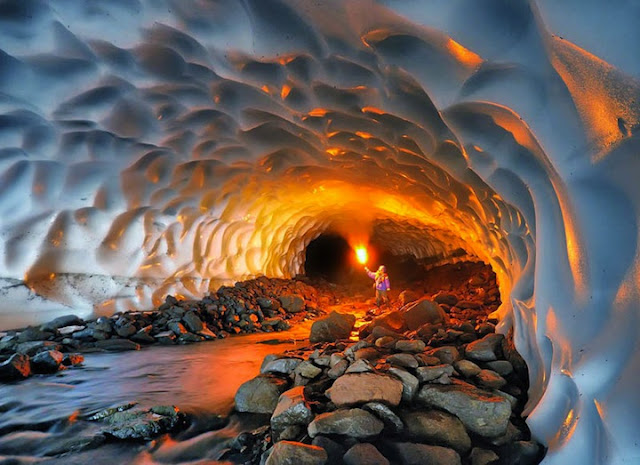 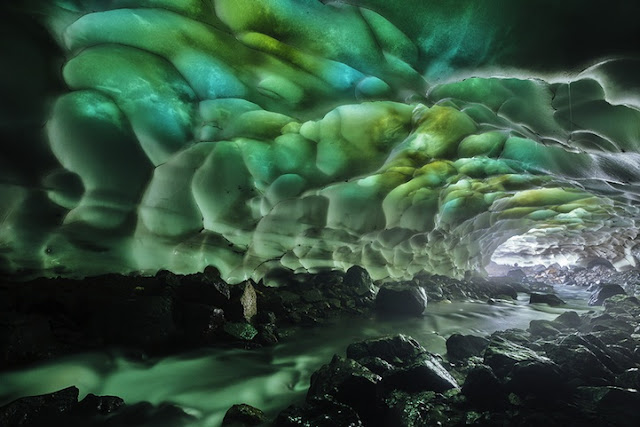