Pictures of the week: 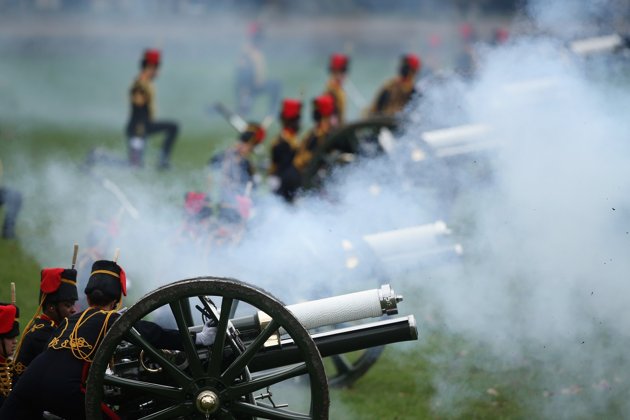 3. The King's Troop, Royal Horse Artillery fire a 41-gun salute in Green Park to mark the
61st anniversary of the Queen's accession to the throne (Photo by Dan Kitwood/Getty Images) 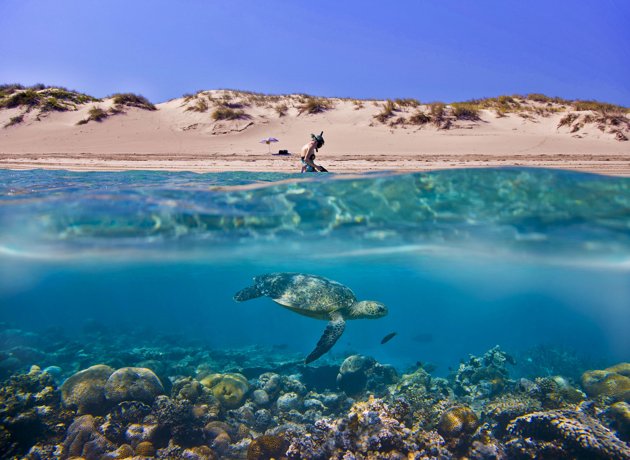 1. Over 122,000 entries from 170 countries have been submitted for consideration
at the 2013 Sony World Photography Awards. The staggering number submitted
were whittled down to a shortlist which will be exhibited at Somerset House,
London from April 26 to May 12.
The shortlist includes 14 British photographers across 15 categories.
In the travel category is Nathan Wills from Australia who snapped this
extraordinary shot (Nathan Wills/2013 Sony World Photography Awards) 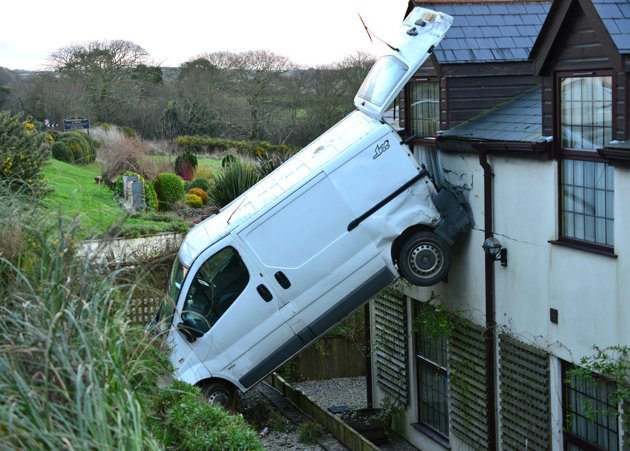 2. A white van man is lucky to be alive after he crashed his motor, flipping it and landing it vertically against
a hotel near Newquay, Cornwall. Luckily no one was hurt. Simon Hill, owner of the White House Inn said:
"It could have been very dangerous if there had been someone in that room.
They would certainly have got a shock." (SWNS) 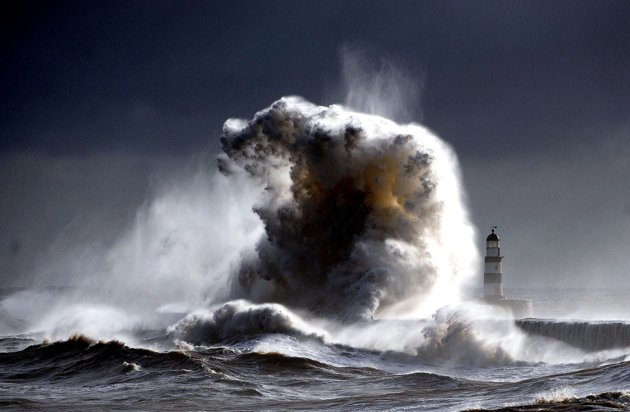 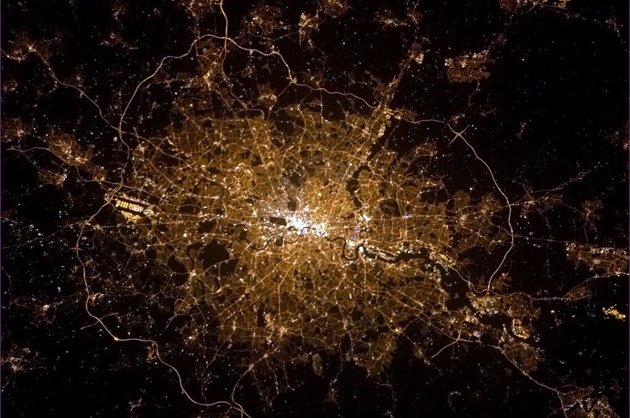 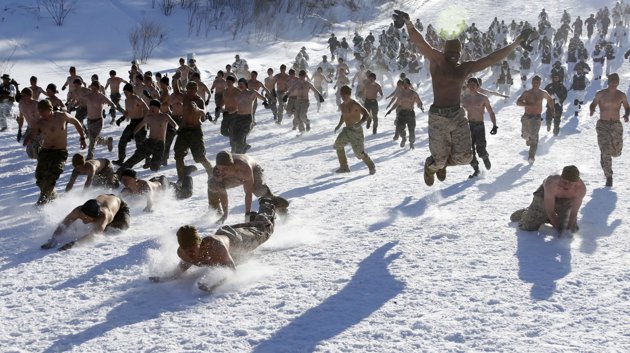 6. South Korean and U.S. marines participate in a winter military drill in Pyeongchang, about 112 miles east of Seoul (Reuters) 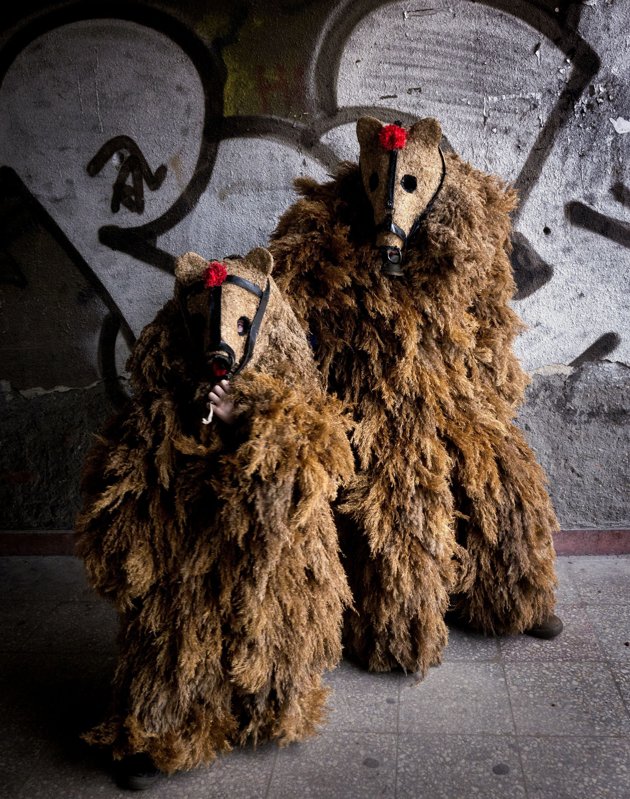 7. Wearing fearsome masks and imposing costumes these fantastical creatures make a terrifying sight.
These costumed men are taking part in the ancient ritual of Kukeri at the Surva International Festival of
Masquerade Games in the village of Pernik, Bulgaria. Terrifyingly the men - known as Kukeri - enter houses in the village,
clanging their bells to ward off evil spirits. Held at the beginning of February, the tradition has its roots in pre-Roman Bulgaria.
Pictured here are a father and son from Pernik, dressed in bear costumes made from dried conifer branches
(Amos Chapple / Rex Features) 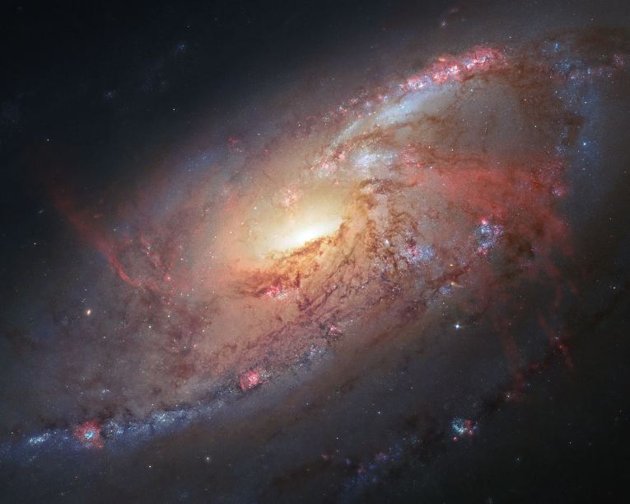 9. An American doctor - and amateur astronomer - has helped the Hubble Space Telescope to produce a
spectacular view of a nearby galaxy, revealing secrets hidden within it. The image, taken by Robert Gendler,
shows how a huge black hole produces arching 'arms' of matter spreading through space (Image: NASA) 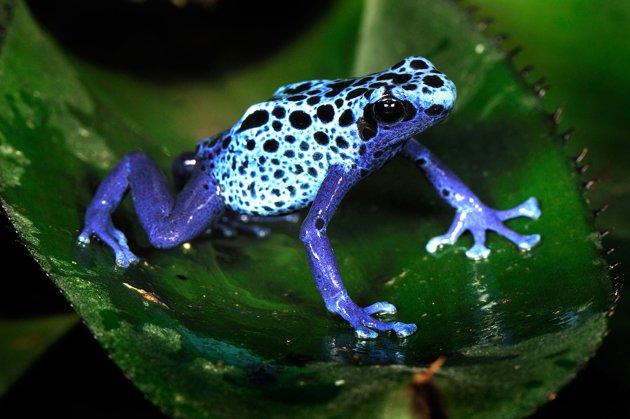 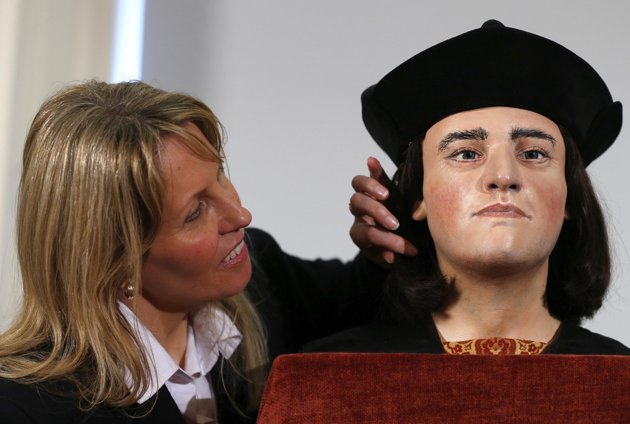 10. Philippa Langley, of the "Looking for Richard" project, poses for a photograph next to a facial reconstruction of King Richard III.
A skeleton unearthed under a car park in Leicester was found to be that of King Richard III, the last monarch to die in battle in 1485
(Reuters) 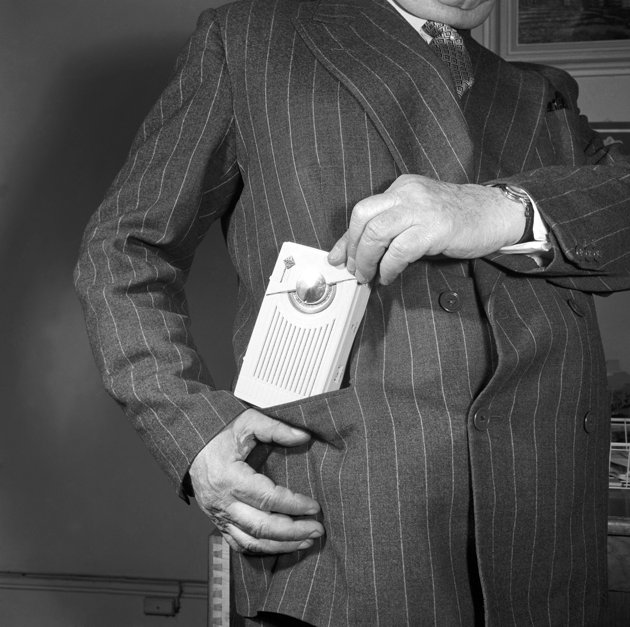 11. An online photo archive documenting the history of household gadgets was launched with the help of
Time Team presenter Tony Robinson. This picture shows an early version of a entertainment system.
'Portable' entertainment began long before most people imagine - the portable transistor radio pictured is from 1954.
Robinson says, "The transistor radio was the most popular communications device in history. It was small, battery operated
and allowed music to be at the centre of our lives. I remember getting my first portable radio as a present from my mum and dad
after I passed my 11-Plus. I say portable, but it had a massive battery the size of a small baby.
Yet I could just about lug it about from room to room." (Image: Mirrorpix)
Posted by Sids at 09:54