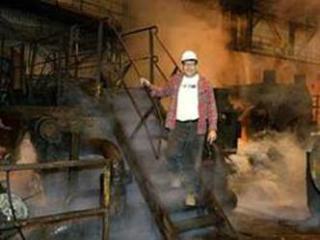 There are more pigs in China than in the next 43 pork producing nations combined. 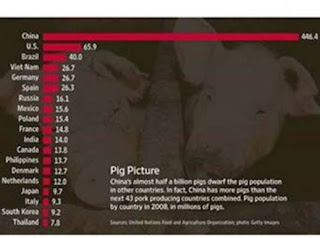 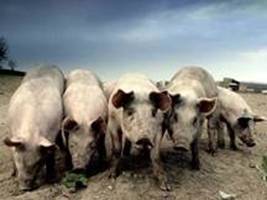 New World Record: China made and sold 18 million vehicles in 2010. 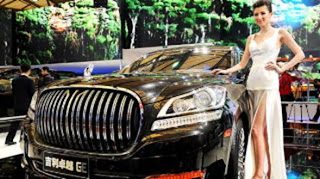 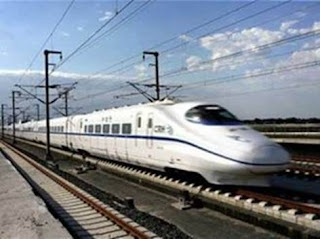 China is currently the number one producer in the world of wind and solar power, but don't use it themselves. While they manufacture 80% of the world's solar panels, they install less than 5% and build a new coal fired power station every week. In one year they turn on more new coal powered electricity than Australia's total output. 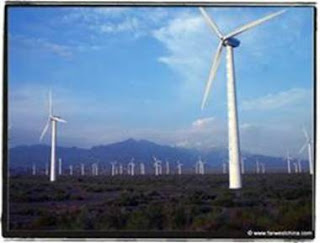 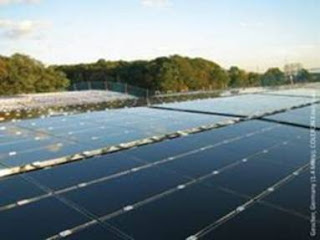 In the past 15 years, China has moved from 14th place to 2nd place in the world in published scientific research articles 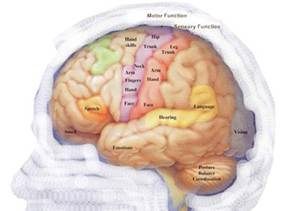 China now possesses the fastest supercomputer on the entire globe. 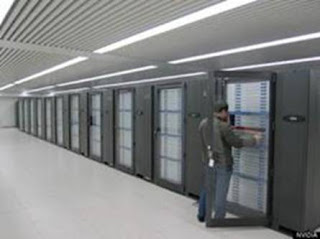 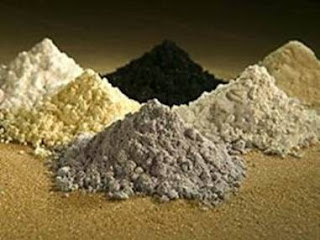 At the end of March 2011, China accumulated US$3.04 trillion in foreign currency reserves,
the largest stockpile on the entire globe. 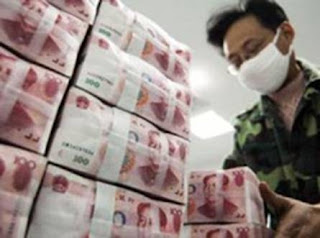 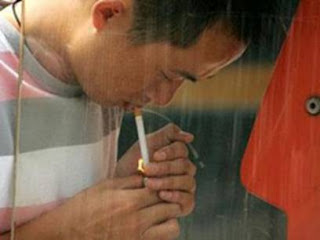