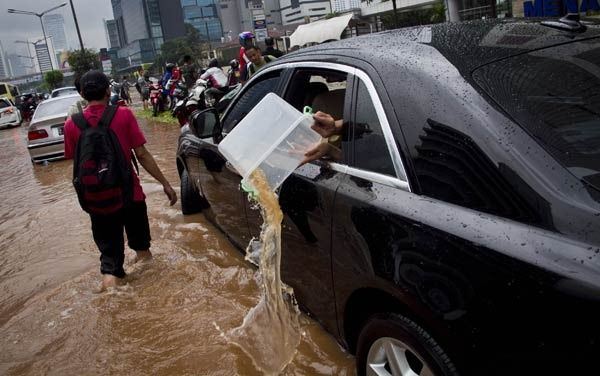 Once again, the Indonesian capital of Jakarta has been savaged by heavy floods reeling from torrential rain, which media reports said have left at least a dozen people dead and nearly 20,000 homeless.
Over the past few days, many roads inside and around the city were flooded stranding hundreds if not thousands of motorists. 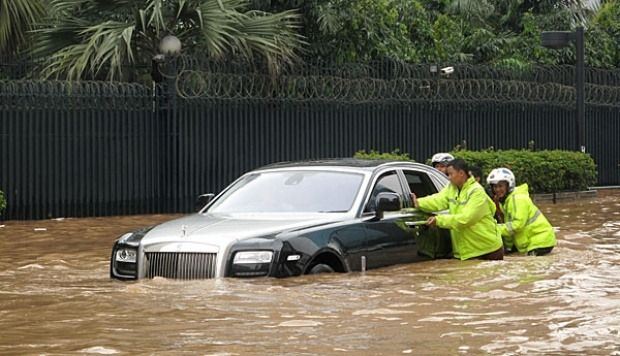 In one incident, a Rolls-Royce Ghost saloon, said to cost around 10 billion IDR or over 1 million USD in Indonesia, was photographed outside the Bundaran Hotel partially submerged.
According to the local media, the owner of the car sought help to move the British limousine to safety and then had his driver use buckets to drain out the water.
If you scroll down, you will find pictures of the flooded Rolls-Royce along with a video of an underground, or shall we say, underwater parking lot entrance. 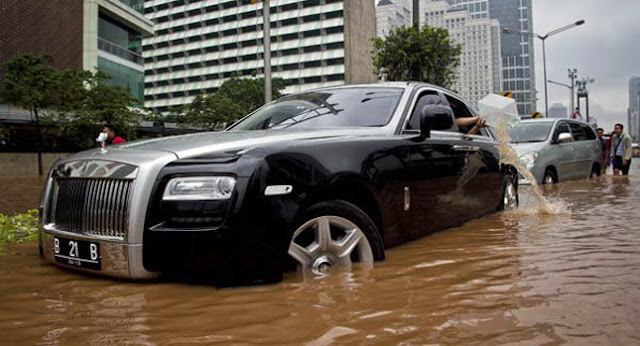 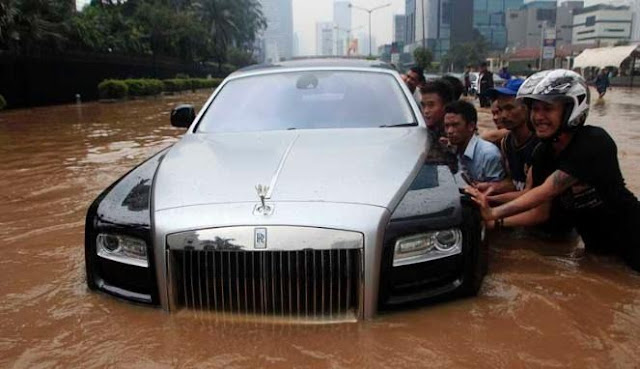 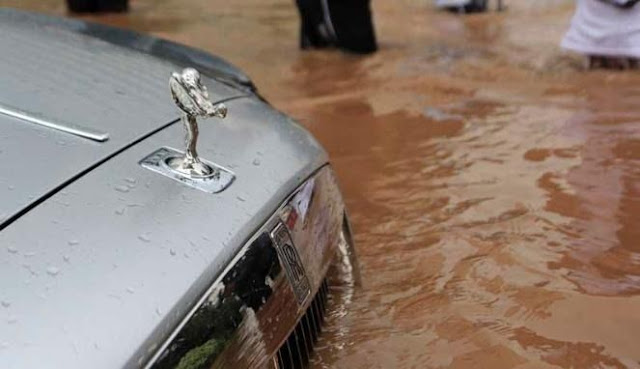 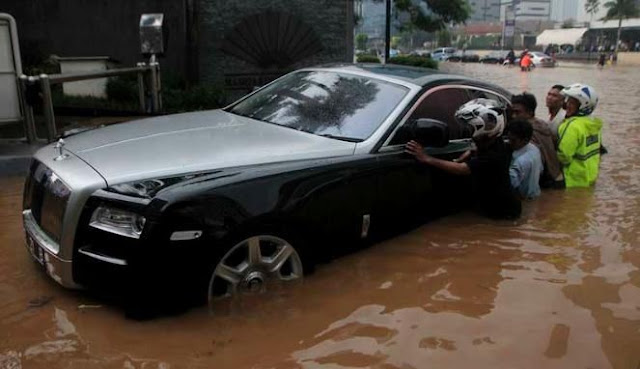 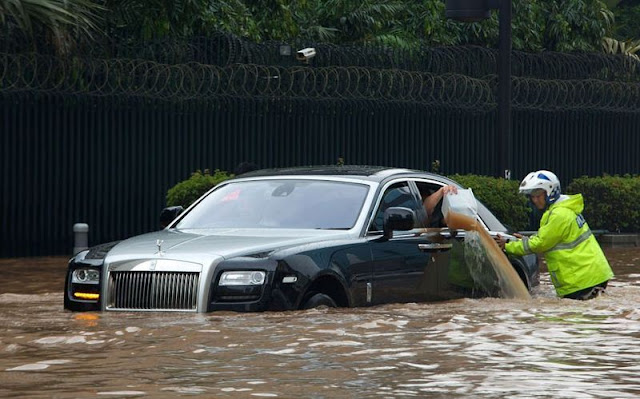