Robotic Fish that can Travel Indefinitely to Collect Oceanic Data 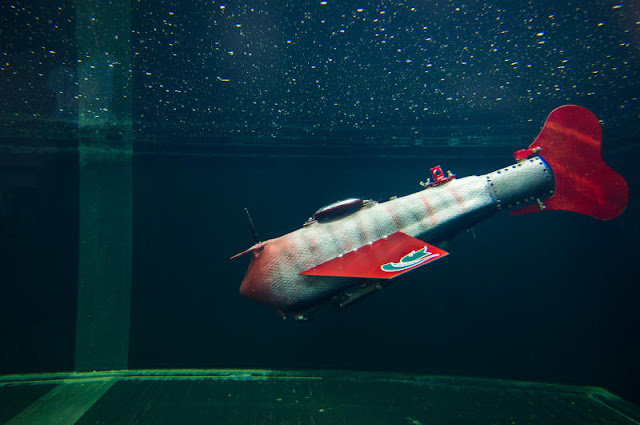 Ocean is so vast that it is very expensive for researchers to dive in every time to collect data about it and to learn more about the species present in the depths of sea. In order to counter this challenge a group of researchers from Michigan University have developed a robotic fish that has the ability to travel almost indefinitely as claimed by researchers. However the robot is not yet fit for its expedition in sea and ocean but is practicable for gathering data on lakes and riverbeds.

The group calls the robotic fish, “Grace” which is an acronym for Gliding Robot ACE and it’s equipped with gadgets that can gather data measuring water’s temperature, depth and quality. Grace can swim by flapping its tail as well as can glide by its wings through the water. This combo allows it to cover the maximum probable distance.
In an interview the leader of team answered the question of reporter as taken from Mashable.
Xiaobo Tan, an efficient leader of project said, “Swimming requires constant flapping of the tail, which means the battery is constantly being discharged and typically wouldn’t last more than a few hours,” further he said, “this is why we have to integrate both locomotion modes — gliding and swimming — in our robot,” Tan said. “Such integration also allows the robot to adapt to different environments, from shallow streams to deep lakes, from calm ponds to rivers, with rapid currents.” 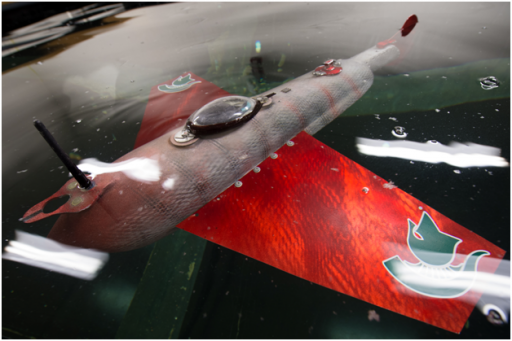