Most Amazing Subway Stations Of The World

Drassanes is a Barcelona Metro station located underneath Portal de la Santa Madrona in El Raval, which is nowadays included in the Ciutat Vella district of Barcelona. It is named after the Drassanes Reials de Barcelona, the old shipyards of the city that currently hold the Museu Marítim de Barcelona, situated near the station. It is the closest station to the Port of Barcelona and one of the network's closest stations to the sea. The station was completely reformed in 2007 to make it more accessible by modernizing the platforms and installing elevators. 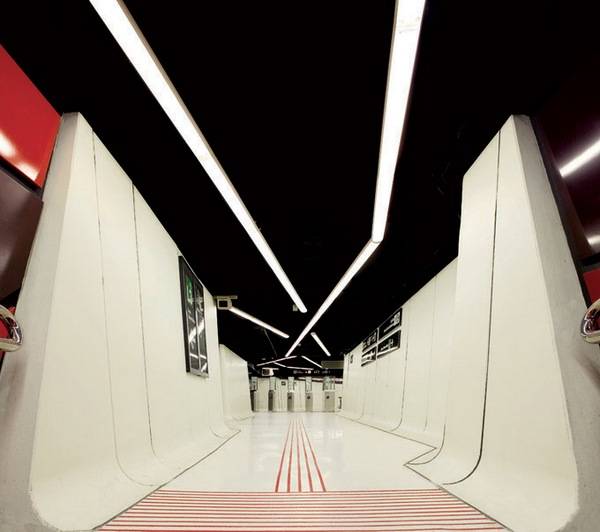 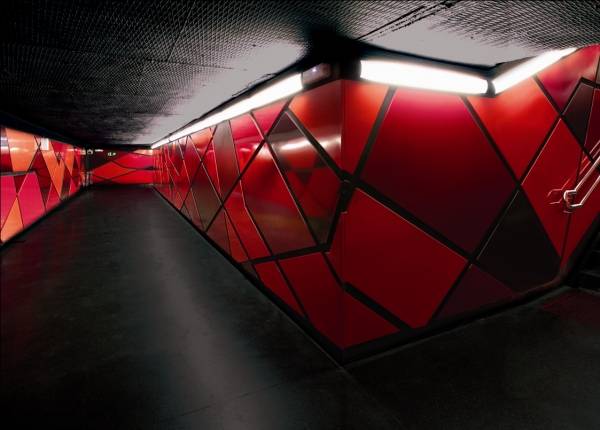 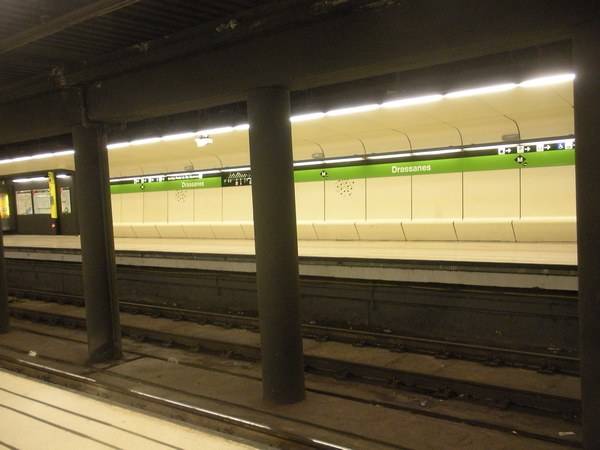 Kiyevskaya is a Moscow Metro station complex in the Dorogomilovo District, Western Administrative Okrug, Moscow, Russia. It consists of three halls on Arbatsko-Pokrovskaya, Filyovskaya and Koltsevaya lines. Kievskaya station of Moscow metro is yet another veteran of the city’s underground network. Built in 1954, it’s slightly younger than Kurskaya, and it was the first subway station that was finished after the rule of Joseph Stalin. 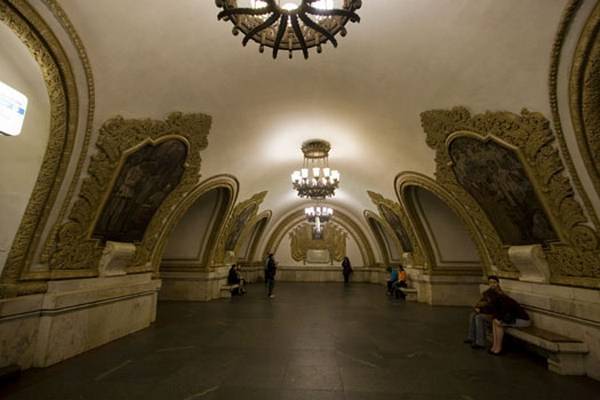 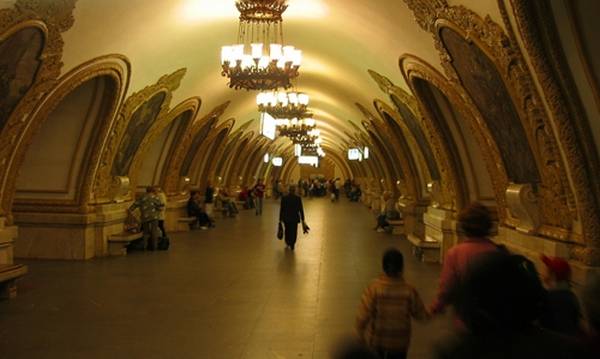 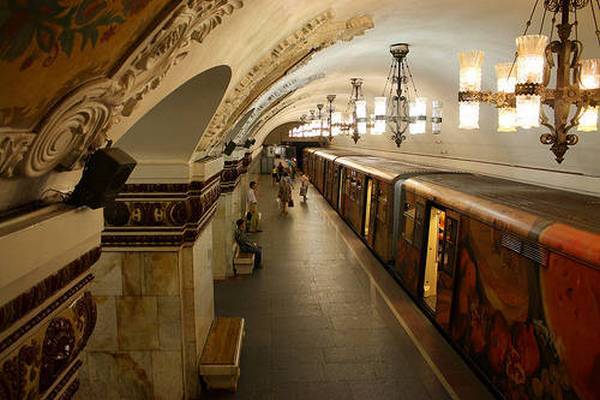 Metro Bilbao is a rapid transit (metro) system serving the city of Bilbao and the region of Greater Bilbao. Its lines have a "Y" shape, with two lines that transit both banks of the Nervión river and then combine to form one line that ends in the south of Bilbao. It was the fourth Metro line to be built in Spain, after those in Madrid, Barcelona and Valencia. Currently, it is the third largest Metro company in Spain by number of passengers carried (64,000,000 in 2011) behind the Madrid Metro and the one in Barcelona. On February 21, 2007, the Basque Government announced a project for the creation of a third Line, which in the future will be expanded to Bilbao Airport. Construction of the new line began in July 2008. 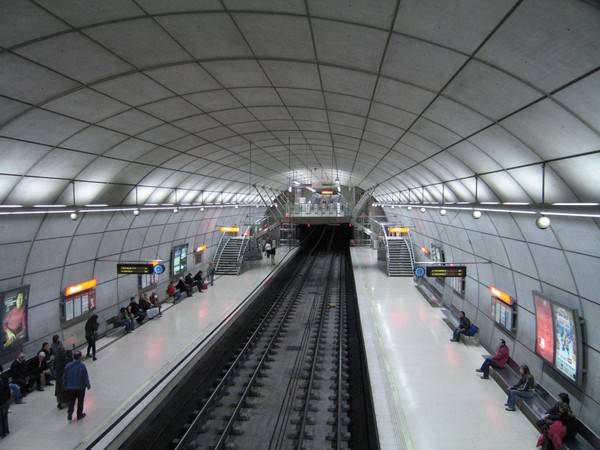 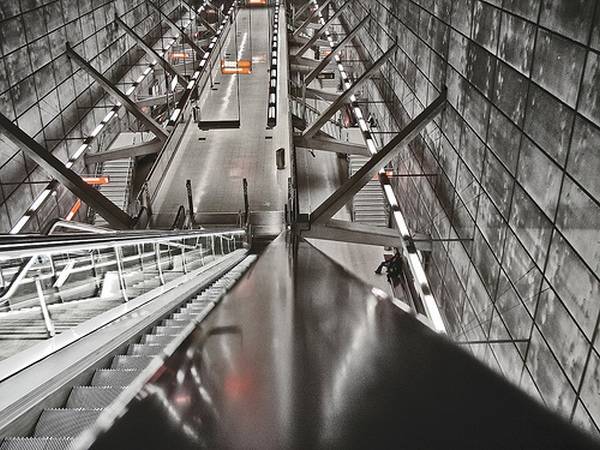 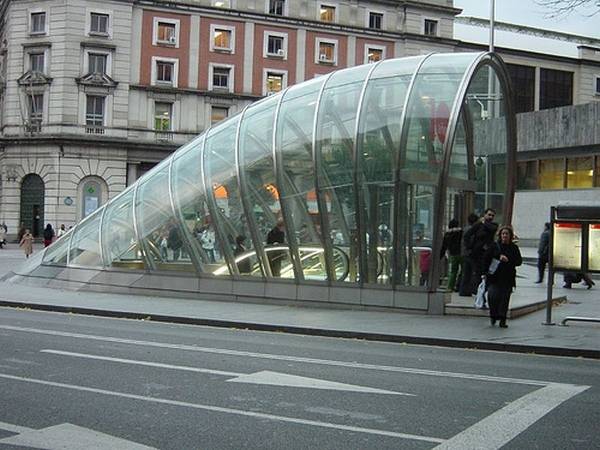 Located directly under City Hall plaza is City Hall Station, the original southern terminal of the first line of the New York City Subway built by the Interborough Rapid Transit Company (IRT). Opened on October 27, 1904, this station beneath the public area in front of City Hall was designed to be the showpiece of the new subway. Considered to be one of the most beautiful subway stations in the system, the station is unusually elegant in architectural style. The platform and mezzanine feature Guastavino tile, skylights, colored glass tile work and brass chandeliers. Passenger service was discontinued on December 31, 1945, although the station is still used as a turning loop for 6 trains. 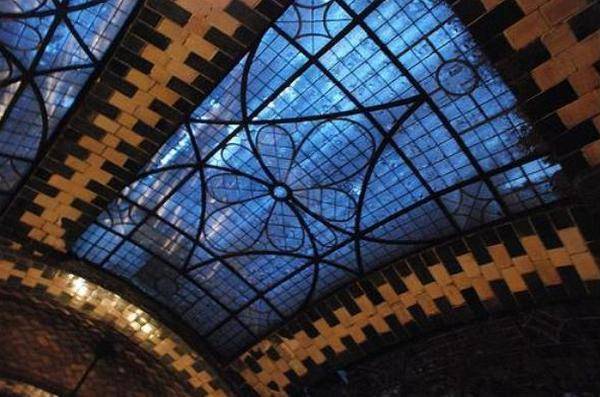 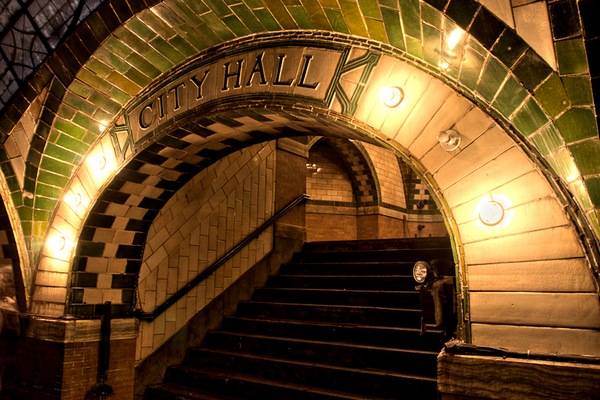 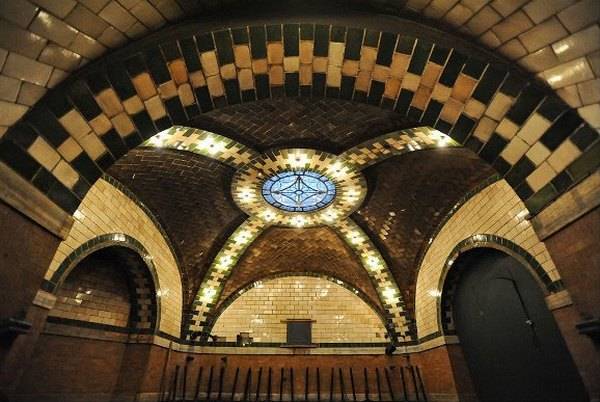 The Dubai Metro is a driverless, fully automated metro rail network in the United Arab Emirates city of Dubai. The Red Line and Green Line are operational, with three further lines planned. These first two lines run underground in the city centre and on elevated viaducts elsewhere (elevated railway). All trains and stations are air conditioned with platform edge doors to make this possible. The elevated and at-grade Dubai Metro stations combine both heritage and modern designs. They have been modelled on the shape of seashell, inspired from the diving and pearl-fishing heritage of the UAE, while the interior design depicts the four elements of nature – water, air, earth and fire. 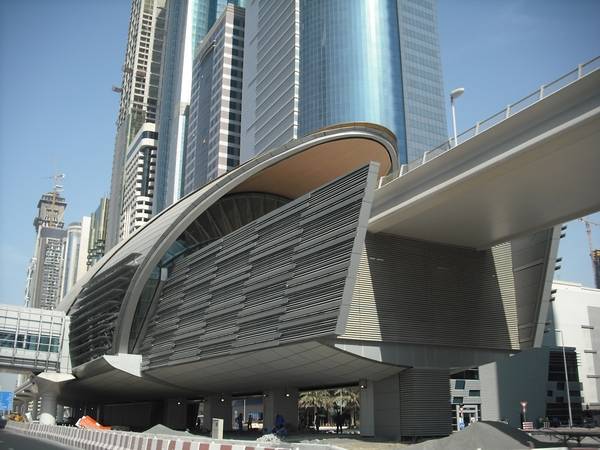 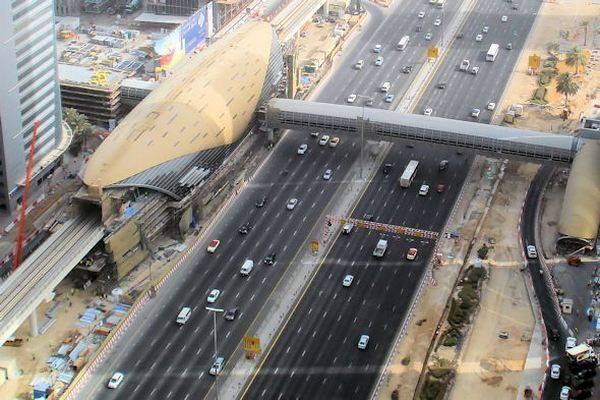 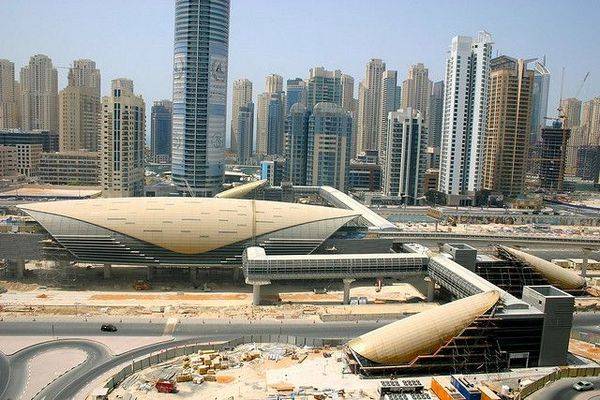 Tokyo turns up the green volume on their funky fluid Lidabashi Station complete with an entangled web of swirly steel. Iidabashi Station is a major interchange station that straddles Tokyo's Chiyoda, Shinjuku and Bunkyo wards. It was originally built as Iidamachi Station, terminus of the then Kobu railway, precursor to today's Chuo Line. Koishikawa Korakuen Garden can be reached by walking from this station. The Oedo Line addition to the station in 2000 was designed by architect Makoto Sei Watanabe. 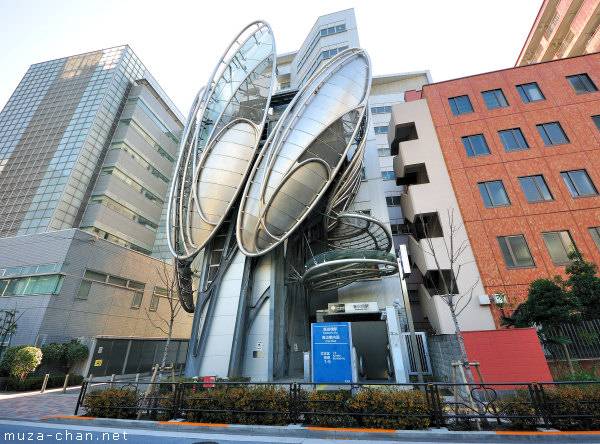 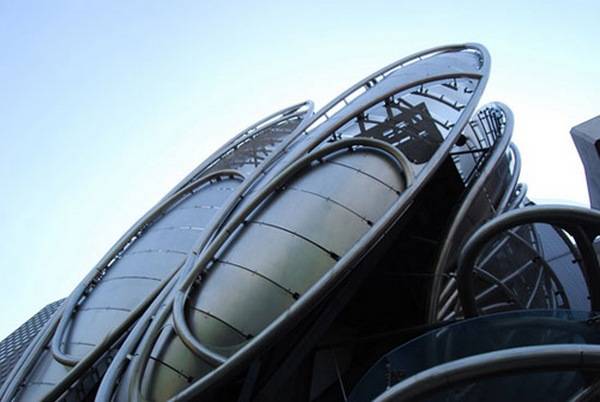 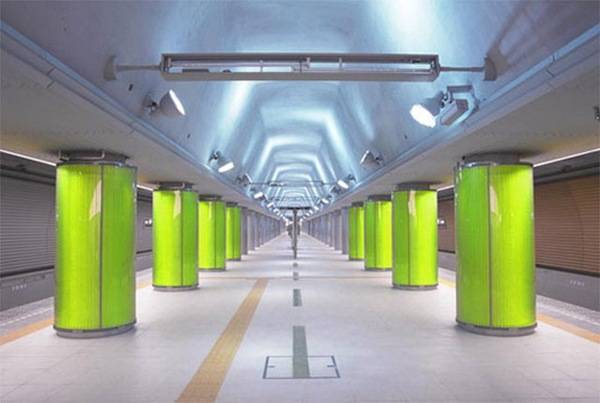 This has to be one of the most surreal, psychedlic and fun forms of public transport. The Tunnel connects East Nanjin Rd on the Bund, and Pudong near the Oriental Pearl TV Tower, running under the Huangpu river. It's a psychedelic trip in a glass capsule along the 647 metre flashing, strobing tunnel. 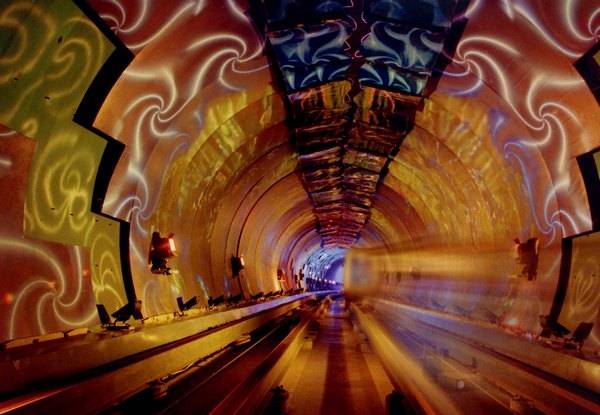 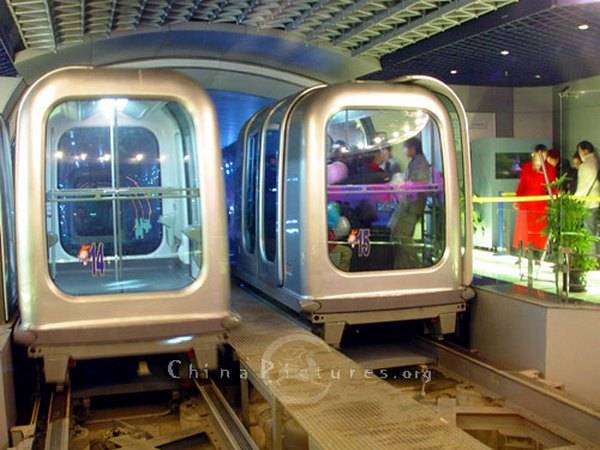 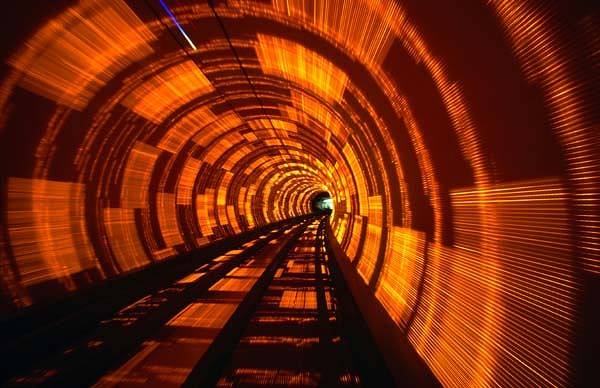 The Munich U-Bahn is a public rapid transit system serving the city of Munich and surrounding communities. The system is operated by the Münchner Verkehrsgesellschaft (MVG, "Munich Transport Company") and serves over 300 millions passengers per year. The system currently has 100 stations: 94 are underground and 6 are on the surface or elevated. 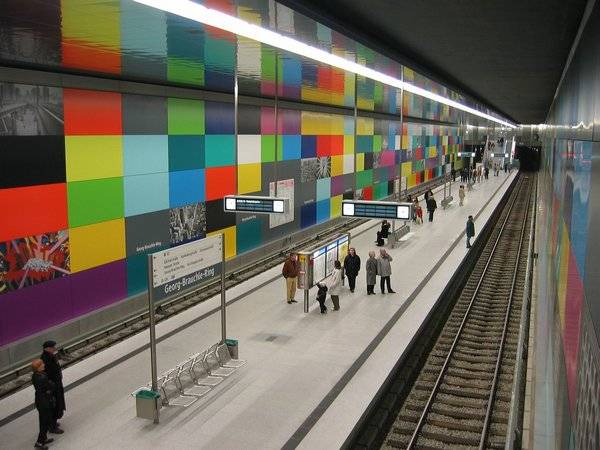 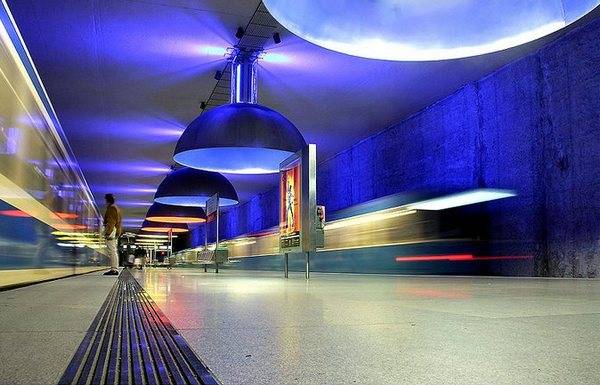 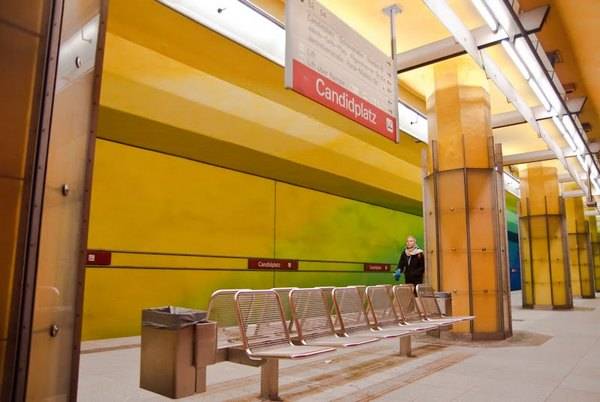 Line A is a line of the Prague Metro, serving the Czech capital. Chronologically the second line in the system, it was first opened in 1978 and has expanded mostly during the 1980s. Presently it has 13 stations and 11.0 kilometres (6.8 mi) of track. An extension with a further four stations is currently under construction. 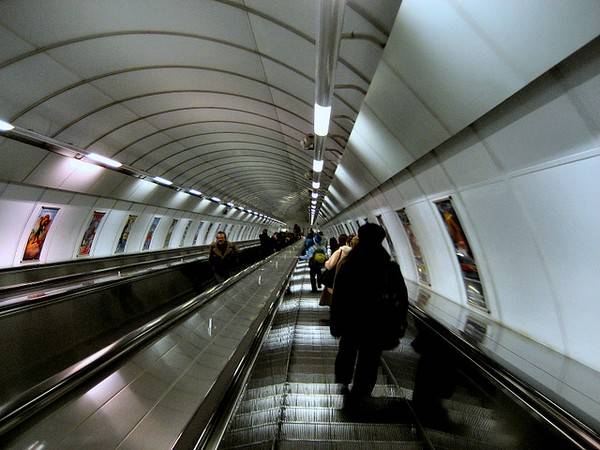 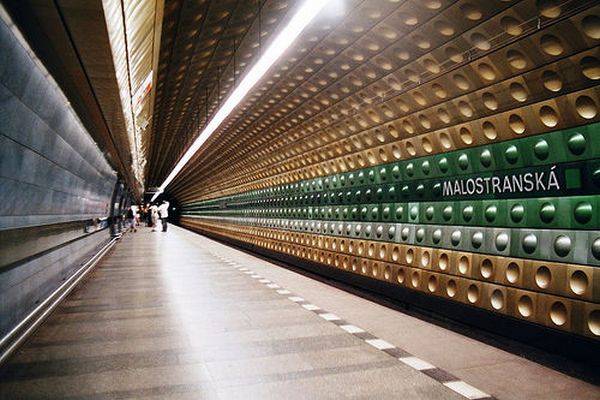 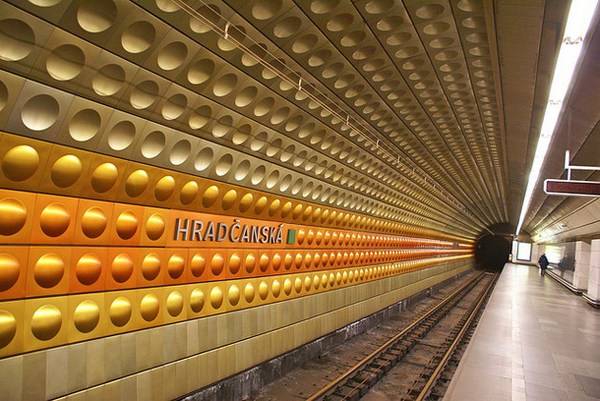 The Stockholms Tunnelbana is a metro system in Stockholm, Sweden. The first line opened in 1950, and today the system has 100 stations in use, of which 47 are underground and 53 above ground. There are seven lines numbered from 10 to 19, in three groups identified by a color: the Green, Red and Blue lines. Each color line has two or three numbered lines on shared sections through the Stockholm City Centre. In the Stockholm subway several of the deep underground stations are cut into solid rock which were left with cave-like ceilings. Oldnature meets nextnature. The fine ‘cave paintings' make the finishing touch. 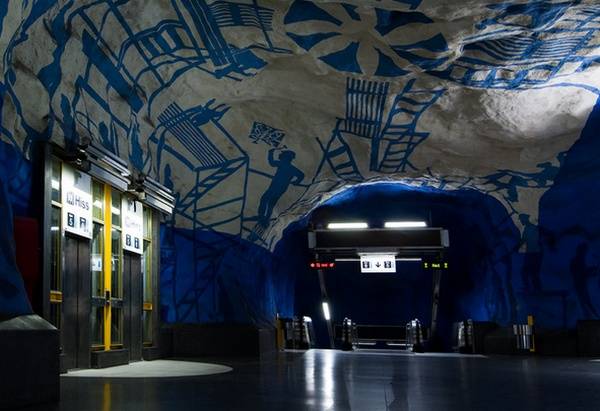 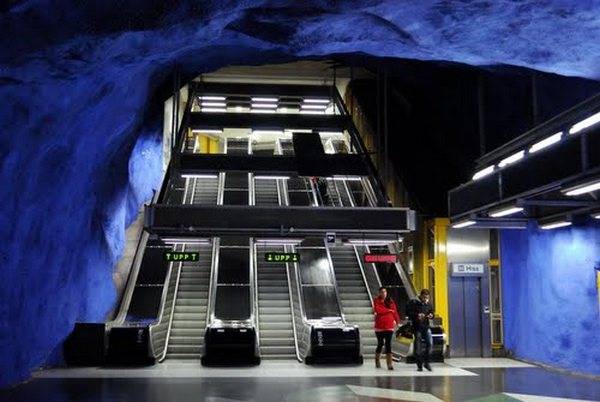 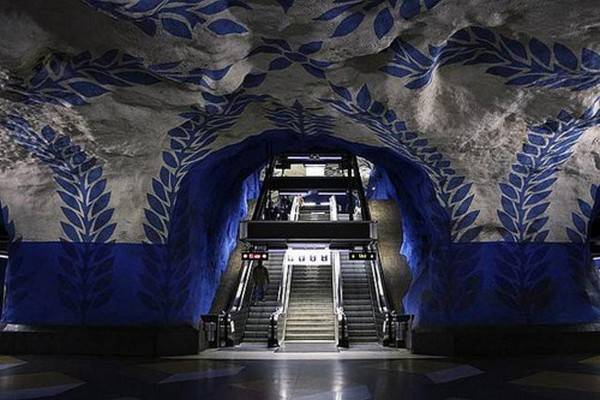