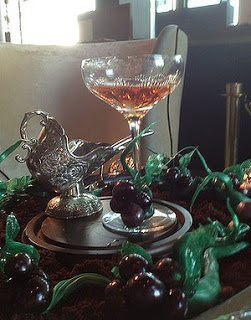 When you’re charged AU$12,500 (£8,200) for a drink, you’d expect it to have gold in it. Wouldn’t you? The latest attempt at what might well be the world’s most expensive cocktail, does precisely that. Say hello to a new kind of liquid gold.

Club 23
Winston, the infamous cocktail, is a product of award-winning mixologist Joel Heffernan. It made its debut at the Crown Melbourne’s Club 23. Kiwi businessman James Manning was the first man to foot the bill for the drink.

The Magical Ingredients
The base of the cocktail contains two nips of Croizet Cognac that dates back to 1858! That bottle recently sold at an auction for $151,000. Putting things into perspective, Heffernan says, “The cognac itself is older than the published theory of evolution.”


The $6000 per shot of the Croizet takes care of most of the price tag. So what do we need another $500 for? Grand Marnier Quintessence cognac, Chartreuse Vieillissement Exceptionnellement Prolonge, and a dash of Angostura Bitters to add to the perfection.

Of Passionflowers and Roses
The garnishing, as elaborate as the drink, consists of chocolate nutmeg dust, essence of poppy seed and roses, and hints of coconut, passionflower and oranges. A special kind of sugar vine crafted by a pastry chef goes into the presentation too. Coming together of the Winston takes a total of 16 hours. Orders, of course, must be placed two days in advance. 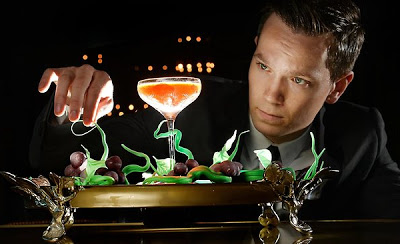 What's in a Name?
The drink gets its historical name from Winston Churchill. In 1944, the British Politician and the US President Dwight Eisenhower shared a drink from the same vintage Croizet on the eve of D-Day.