She juggles motherhood with acting, dazzles on the red carpet and even manages to look pristine on her dress down days.

Fantastic Four actress Jessica Alba looked stunning as she was spotted arriving at her office in Santa Monica on Monday.
The Sin City star wore a white sweater, casual green jacket and patterned jeans. The 31-year-old added a beige scarf and purple lens shades to complete her look.

The pretty star wore her hair in a side parting loose while she appeared to be wearing very little make-up showing off her natural beauty.
While Jessica confirmed some time ago that she will be returning for Sin City: A Dame To Kill For, she recently revealed that this time her role will involve a lot more dancing.
Her character Nancy Callahan is an exotic dancer, and her routine from the first film has remained memorable for many fans.
Speaking about reprising her role, she said: ‘I had to learn a bunch of dance sequences for it, 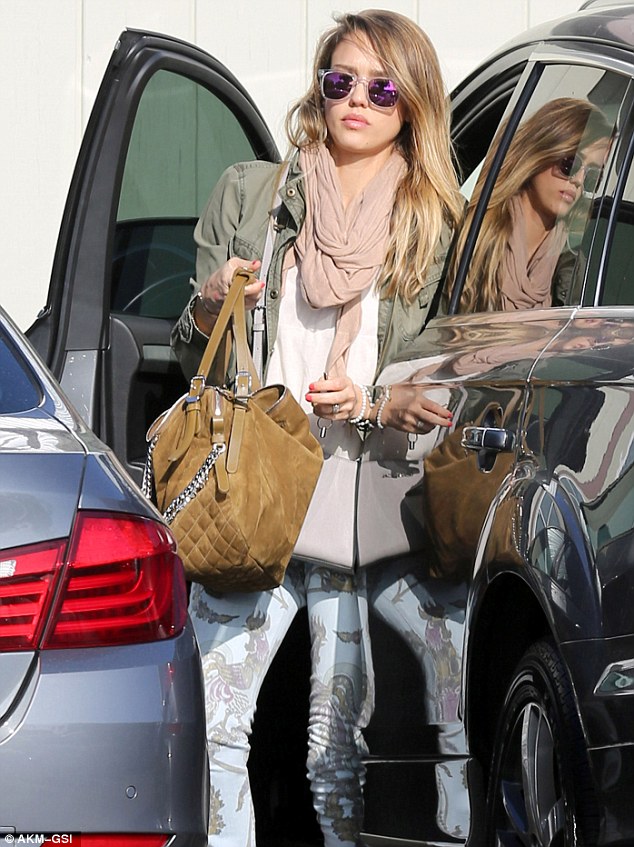 But despite Jessica Alba’s busy schedule she still finds time to enjoy quality time with her producer husband Cash Warren, 33, and their two daughters, Honor and Haven.
Jessica reveals in this month's Women's Health that date nights with Cash comprise of watching Dateline, or browsing Facebook: 'We’ll occasionally go out and have dinners with friends and try to pretend like we’re young and still got it in us. But usually we’re just tired and we turn into pumpkins.'
She told the publication: 'I love to take a bath, and maybe there could be a glass of wine involved. Maybe, that would be nice. With lots of Epsom salts because my bones get achy.' 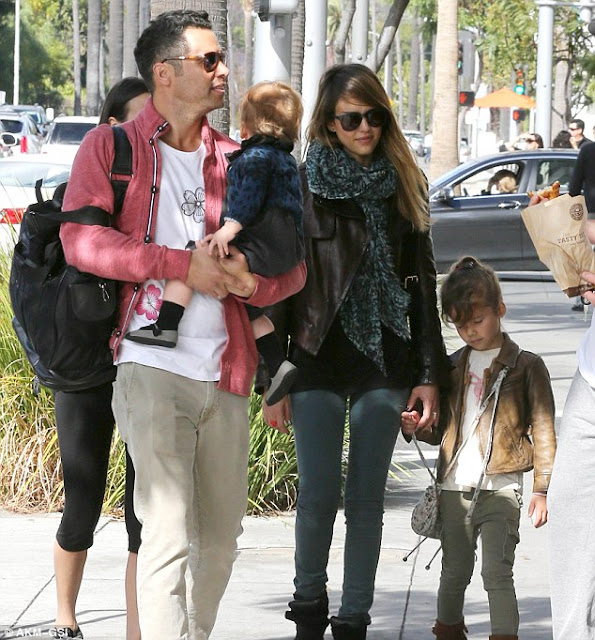 Happy families: The Sin City star is dedicated to her husband, Cash, and their daughters Honor and Haven
Posted by Sids at 13:02