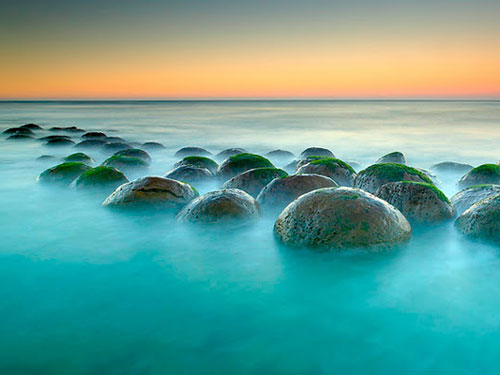 Moeraki Boulders are unusually large and spherical rocks lying along the section of beach in the waves Koekohe cut Otago coast of New Zealand between Moeraki and Hampden.


The most striking aspect of the rocks is their unusually large size and spherical shape, with a clear bimodal size distribution. Approximately one third of a series of rocks the size of about 0.5 to 1.0 meters (1.6 to 3.3 m) in diameter, the other two-thirds from 1.5 to 2.2 meters (5 to 7.3 m), mostly spherical or nearly spherical. A small percentage of them are not spherical, slightly elongated parallel to bedding of mudstone that were once attached to them. 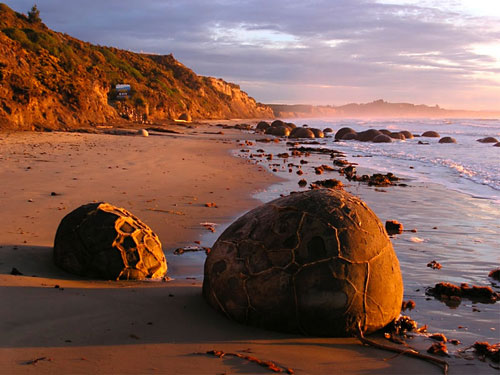 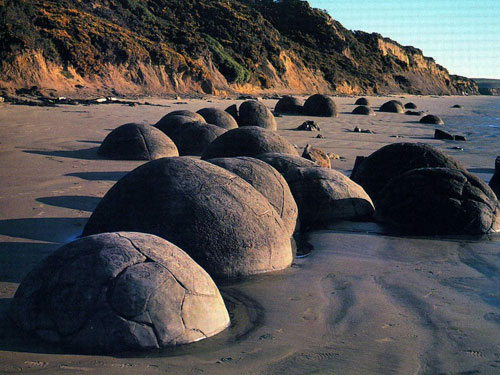 Similar rocks the size of concretions, known as “Katika Boulders”, located on the north facing coast of the Shag Point about 12 miles south of where Moeraki Boulders are located. These concretions occur as spherical Cannonball concretions and flat, disk-shaped or oval concretions. Unlike the Moeraki boulders, some of these concretions contain the bones of mosasaurs and plesiosaurs. 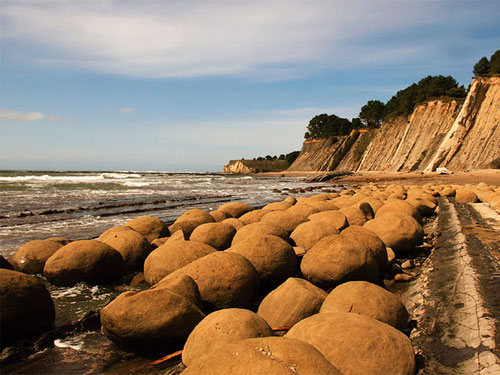 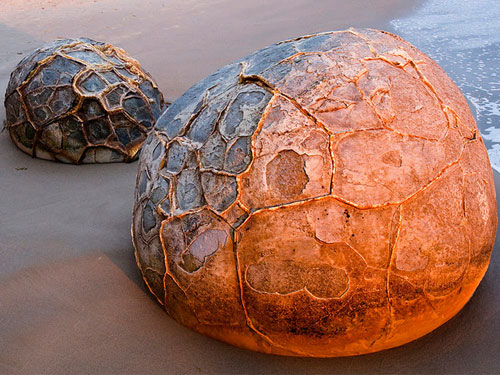