Salman Khan With His New Bike

Reality TV star Kim Kardashian has bought herself a brand new 2013 Mercedes G63 worth USD 150,000. In the last few years Kardashian has shelled out more than USD 1.2m on a series of customised top of the range motors. Indian celebs are no different when it comes to spending on luxury cars. Here's a look at what celebrities drive. 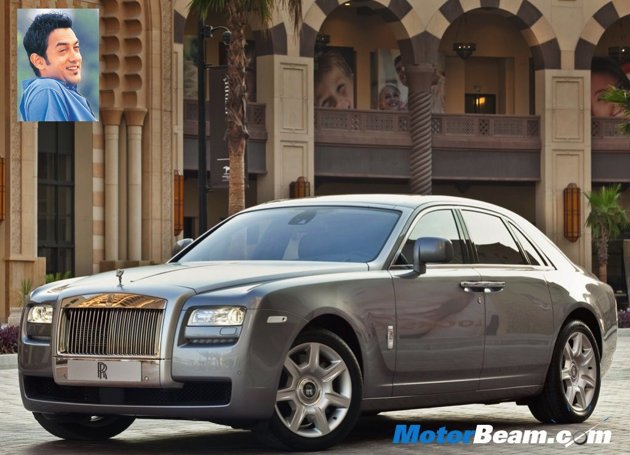 Aamir Khan owns a Rolls-Royce Ghost. The Ghost costs upwards of Rs. 3 crore and is powered by a 6.6-litre V12 engine which produces 563 BHP and 780 Nm. 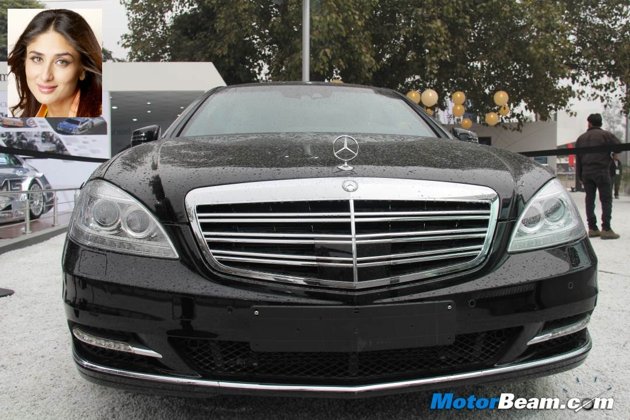 Kareena Kapoor owns a Lexus LX470 and Mercedes-Benz S-Class. While the Lexus is imported, the S-Class is the most expensive car to be assembled in India, retailing at a price upwards of Rs. 1 crore. 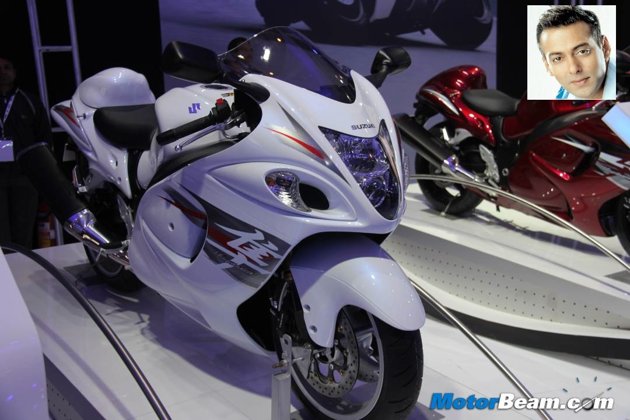 Salman Khan is a SUV lover too. He owns a Audi Q7, Range Rover and BMW X6. He also owns a Suzuki Hayabusa sports bike, which was once the fastest motorcycle in the world 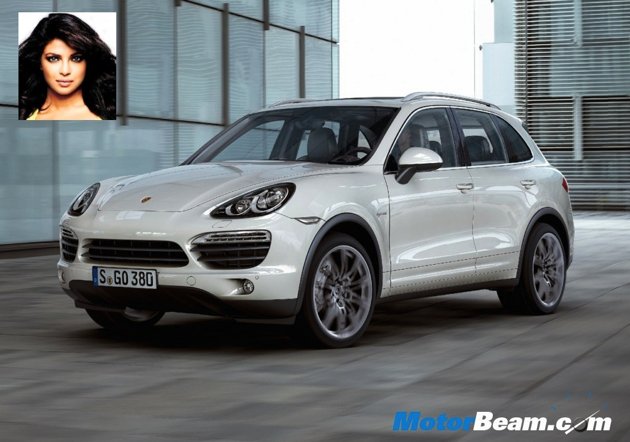 Priyanka Chopra owns a Porsche Cayenne and a Mercedes S-Class. Not many own a Cayenne in Bollywood and this choice of Priyanka is really unique. The Porsche Cayenne range starts at Rs. 77 lakhs and goes all the way upto Rs. 1.63 crore. 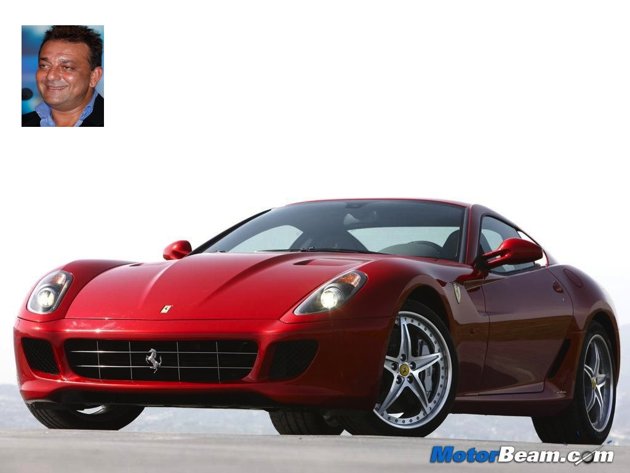 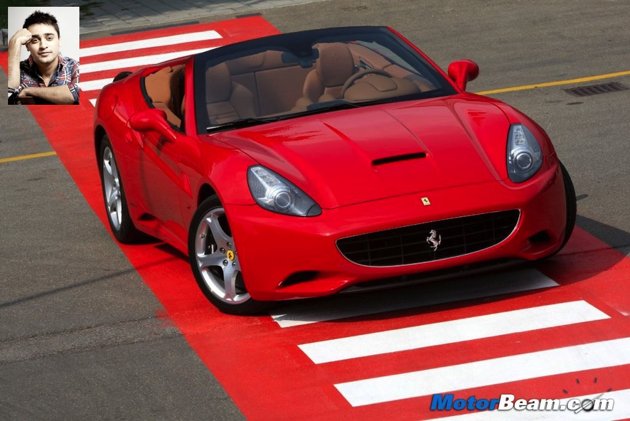 Imran Khan might be the latest entrant in Bollywood but has quickly acquired four desirable cars - a Porsche Cayenne, BMW 3-Series, Volkswagen Beetle (his wife drives it) and a Ferrari California. 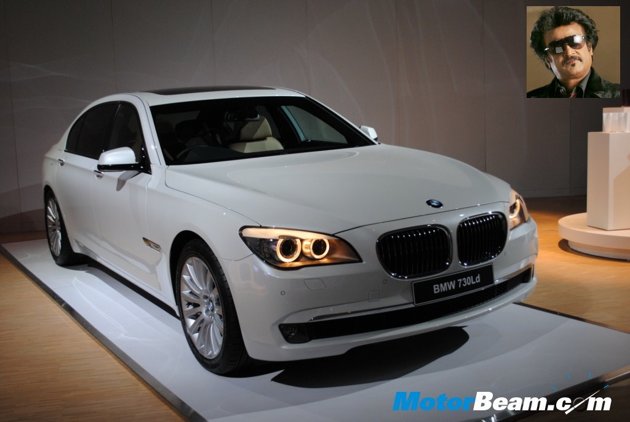 Rajinikanth is one of the biggest super hero in India and you would imagine he must be driving a Bugatti Veyron. However he owns and drives the humble Premier Padmini. He also turned down a BMW 7-Series which Shahrukh Khan gifted him. 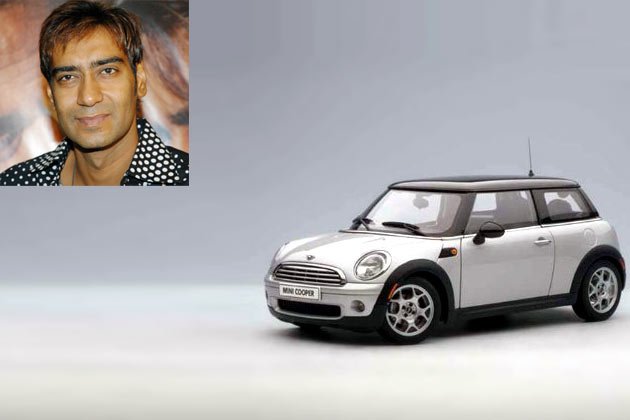 Ajay Devgn likes to travel in style. The actor is known for his love of cars. But sometimes practicality takes over style. The actor chose to navigate through the Mumbai traffic in an i20. But once you’re used to luxury, travelling economy is tough. So he did the next best thing- bought a Mini Cooper. Now he travels in style and keeps his appointments! 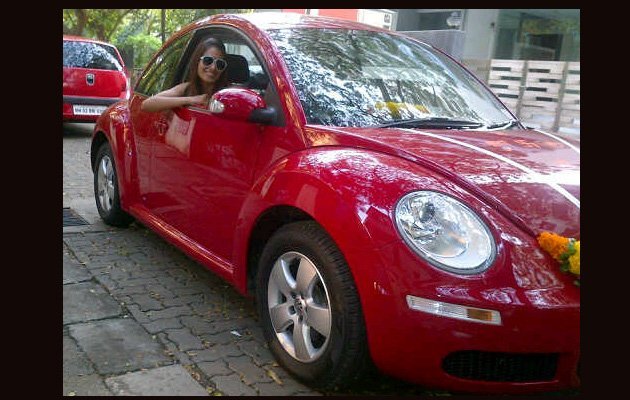 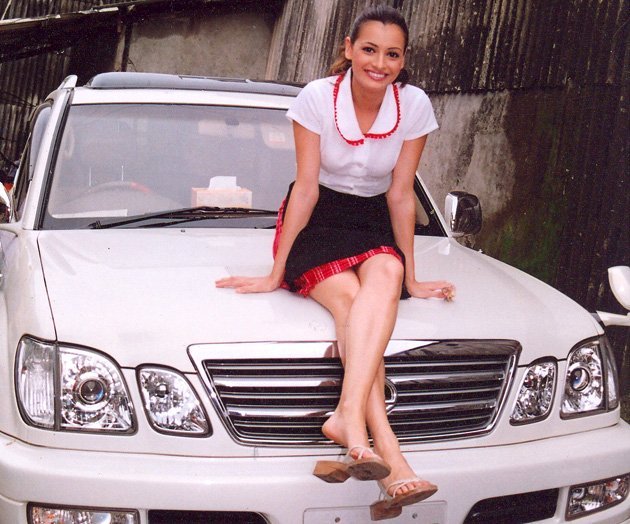 Abhishek Bachchan bought the Audi A8L earlier this month. His customized Audi is powered by a 4.2-litre V8 diesel engine produces 350 BHP and 800 Nm. It costs upwards of Rs. 1 crore. 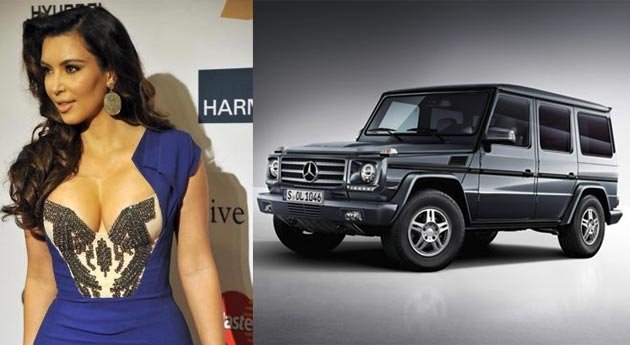 Reality TV star Kim Kardashian has bought herself a brand new 2013 Mercedes G63 worth USD 150,000. In the last few years Kardashian has shelled out more than USD 1.2m on a series of customised top of the range motors, reported Daily Mail. 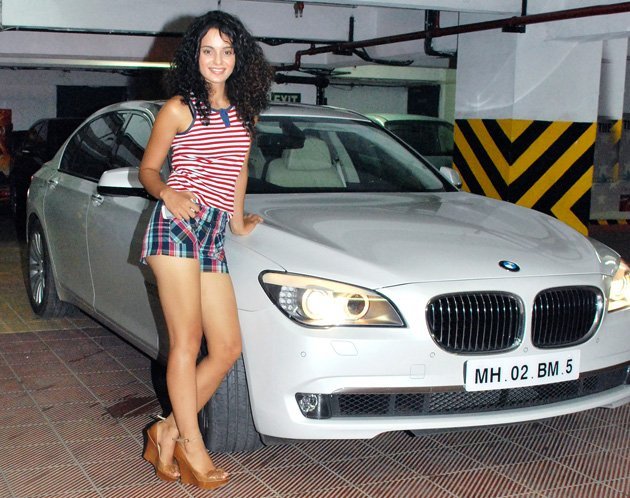 Kangna Ranaut bought herself a BMW 7 Series on her 21st birthday. She says it's very spacious and comfortable car. 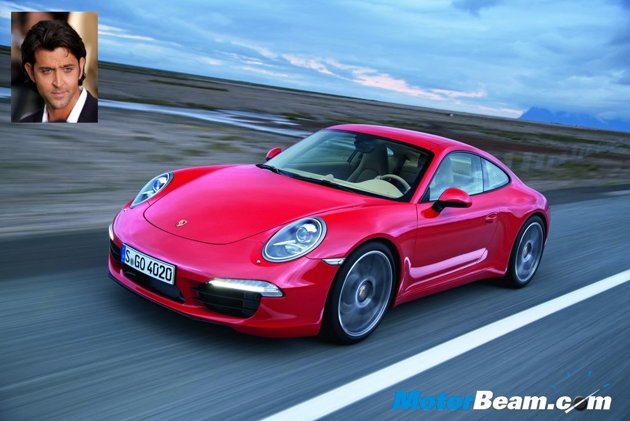 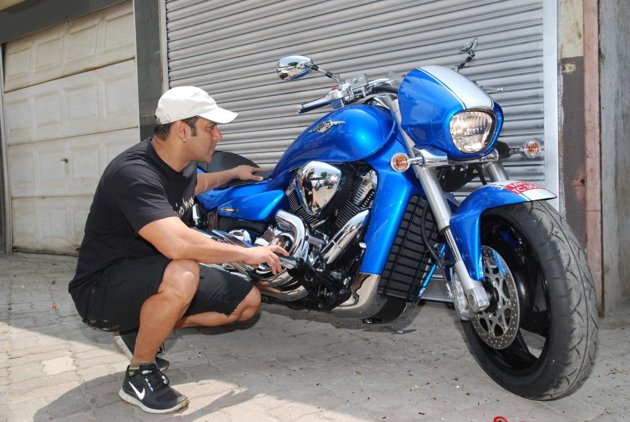 There is a new passion in Salman Khan’s life: a limited edition blue Suzuki Intruder M1800RZ. The enthusiastic biker recently added this cruiser to his enviable collection. 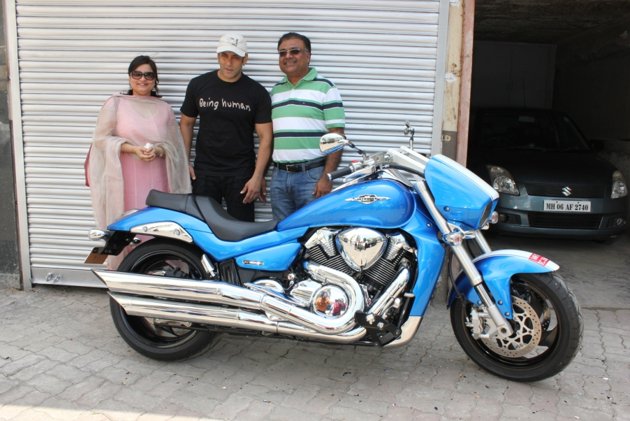 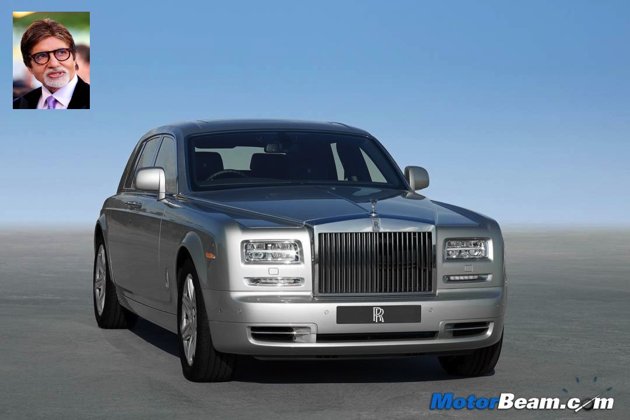 Amitabh Bachchan owns some of the best luxury cars. He used to have a Bentley Arnage R earlier and now travels in a Rolls-Royce Phantom. The Phantom costs upwards of Rs. 4.5 crore. 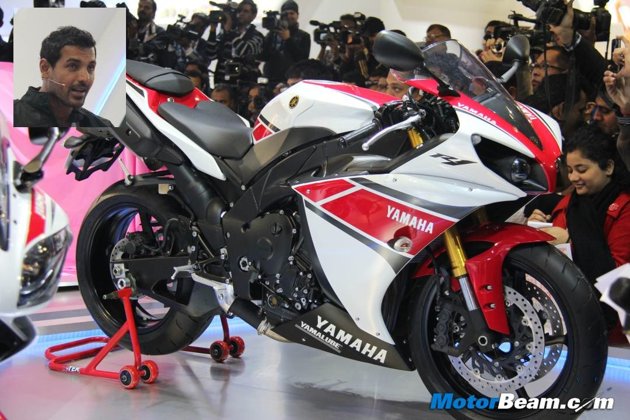 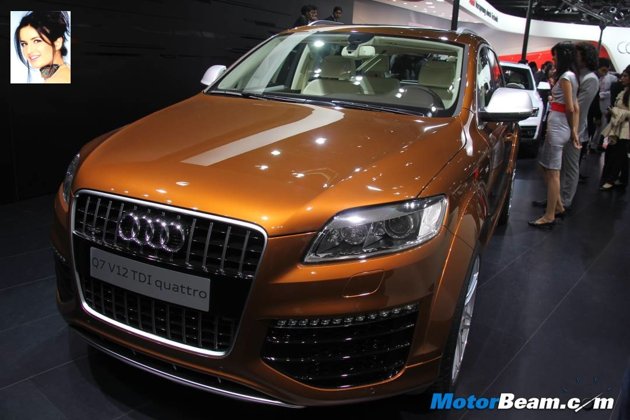 Katrina Kaif owns a Audi Q7, which is the favorite of many in Bollywood. The Audi Q7 costs around Rs. 70 lakhs and is powered by 3.0-litre and 4.2-litre diesel engines, which produce 236 BHP and 362 BHP respectively. 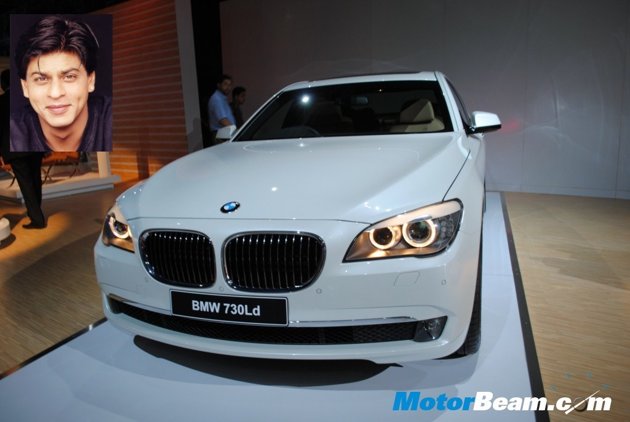 Shahrukh Khan is a big BMW fan. While his wife drives a 6-Series, he is usually seen in a 7-Series. The BMW 7-Series costs more than a crore and gives company to King Khan's Audi A6 and Bentley Continental GT. 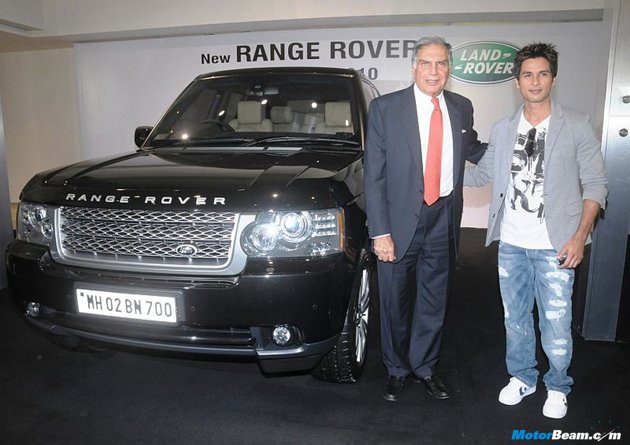 Shahid Kapoor is a big fan of JLR vehicles. He owns a Range Rover and a Jaguar XK-RS. These vehicles cost more than Rs. 1 crore each. Shahid also owns a Harley-Davidson Fatboy. 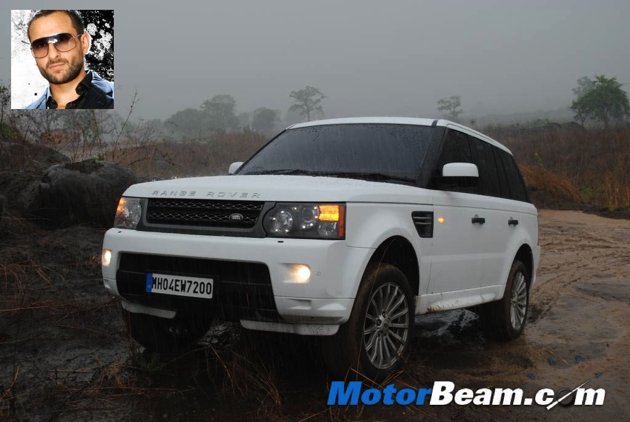