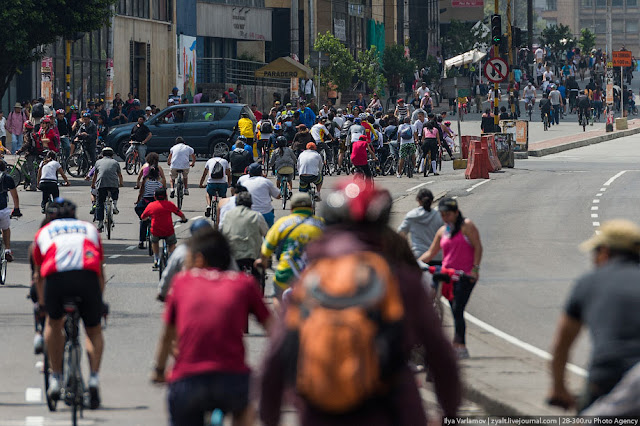 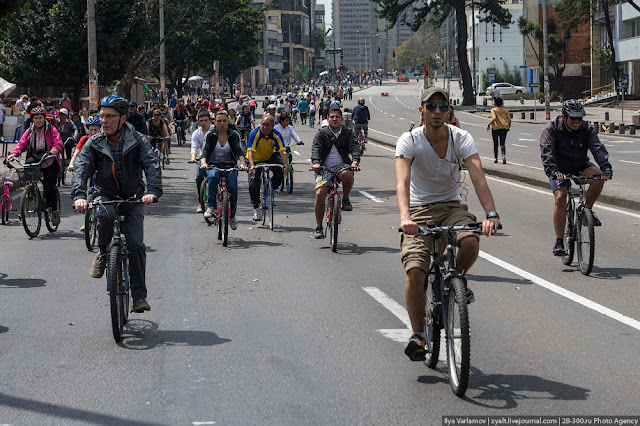 Since 1976 every Sunday 120 km of city streets of Bogota, the capital of Columbia, are blocked for bicyclists. It’s a big holiday for the city: people can run, ride a bicycle, skateboard or watch others. The whole families come here: with baby carriages and dogs. Two million people participate in the holiday each Sunday! This event is also believed to be one of the best ways for finding a boyfriend or a girlfriend. 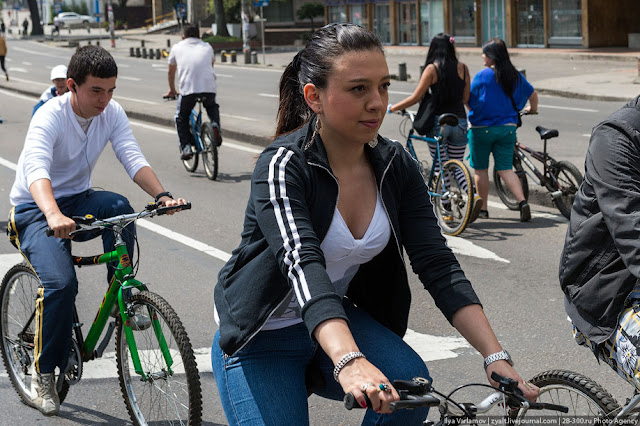 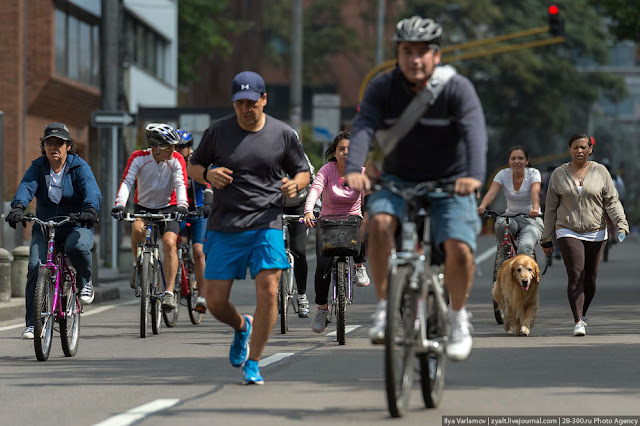 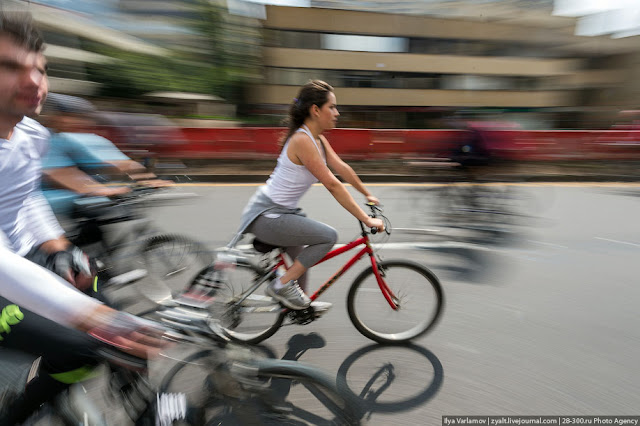 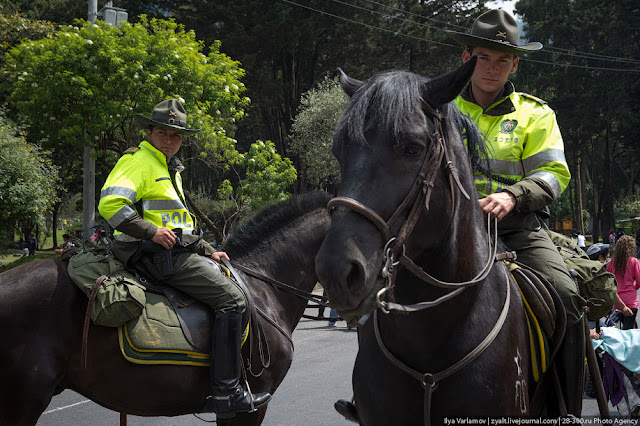 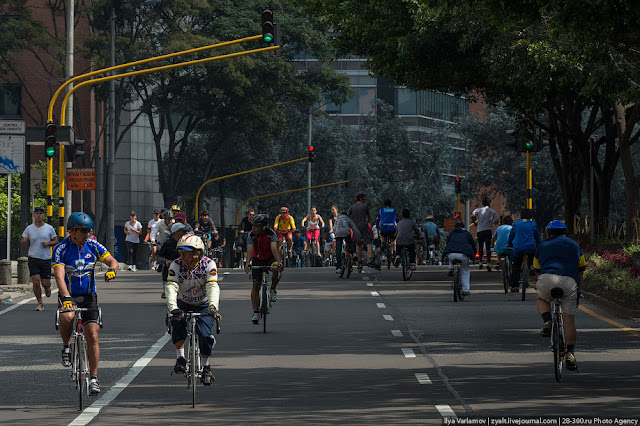 The streets are full of cyclists. 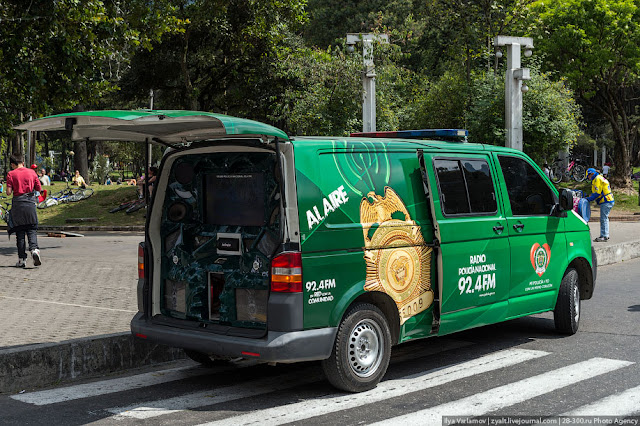 the local police even has its own radio station. It can be heard from such vans. It cheers up people even more. 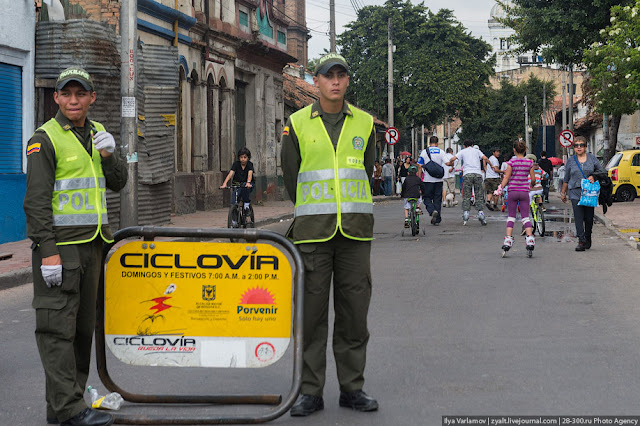 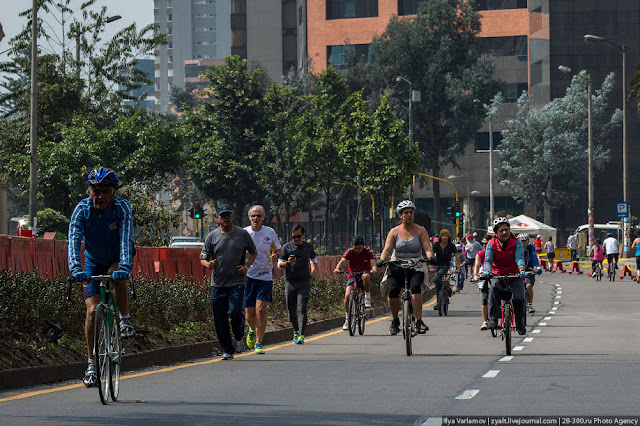 There are many elederly people here. 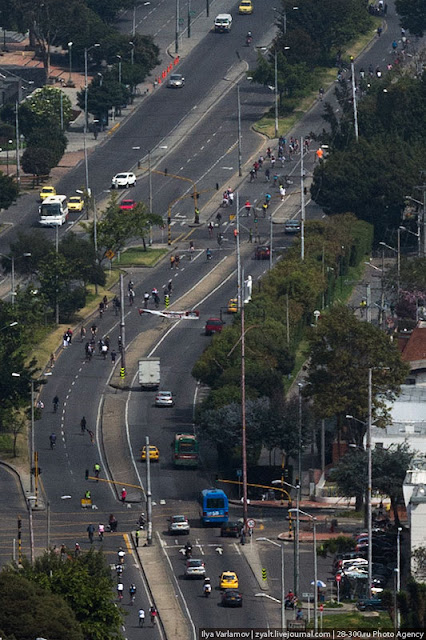 On the large streets traffic is blocked partially. 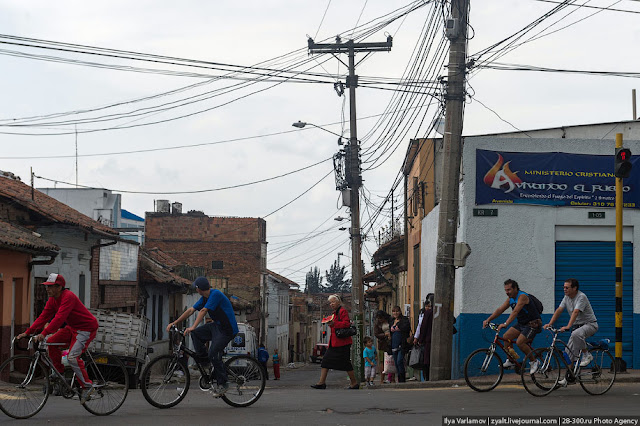 One should be careful in the slums if he/she does not want her/his bike to be taken away. 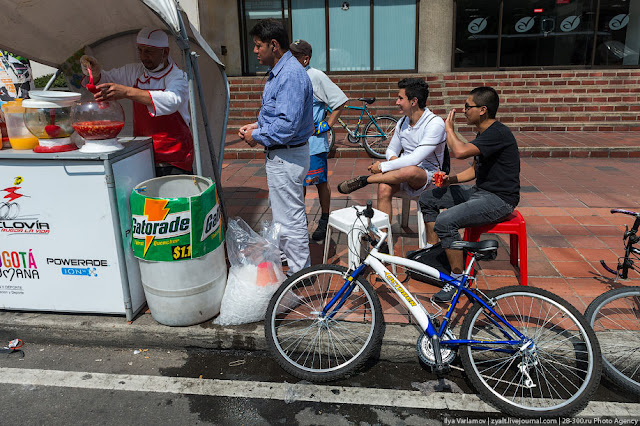 People are selling food and drinks along the roads. 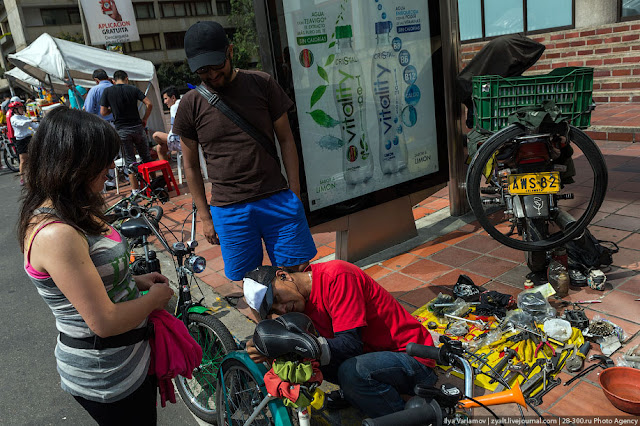 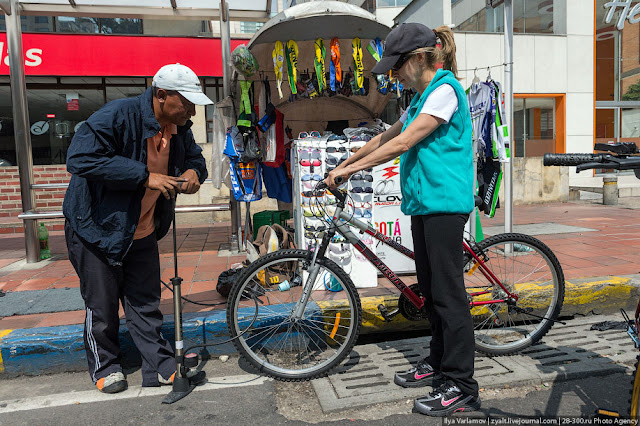